The Kings of Kilburn High Road

On the first day of rehearsals for The Kings Of The Kilburn High Road back in January, I found myself watching a play I’d written 17 years ago and last saw professionally produced 14. It was a strange experience, for apart from the excitement and thrill of seeing an old work re interpreted by a leading theatre company with a cast of actors I had grown to know and admire over the years, there was in the back of my mind a doubt. Would the play about a group of emigrants lost in Kilburn still be relevant, would it still have something to say a decade and a half later?

When I first sat down to write it, 16 years had passed since I’d left Dublin to find work on the building sites of London. It was ridiculously simple; as soon as you arrived you bought the Evening Standard, found a job, and started the following morning.

It was the mid 1980s, and with their huge sideburns, oiled back hair and suits too tight and too small for them, some of the men I encountered looked like they were still living in the early 70s. These were the – almost mythical today but ubiquitous then – hard working and harder drinking “Paddies”. Men who tore up roads and down buildings with pickaxes and sledge hammers, lads who boasted on building sites about all the pubs they drank in, and in the bars after work boast of all the sites they had worked on.

For a would-be playwright, all you had to do was sit back and listen; memory would do the rest.

Nearly all were country men, mostly from the west too, and almost to a man had come over with plans to save up a lump sum then return home after a few years to marry the girl they’d left behind. And while some did manage to high tail it back, at the going away parties thrown for them in the local bars it became clear to me that just over there, between the jukebox and pool tables, lost in a corner, a darker, quieter, older tribe seemed to exist. Men in their 40s, 50s and beyond, still fit, still strong, but aged way beyond their years from hard graft and harder drinking. Men who had lost their way, and now latched on to one another as if to stop themselves from sinking into the abyss.

But as gruff and angry as they might have seemed, there was a softness still inside them, that boyishness all grown men harbour and let out to play when the time is right. In Kilburn that was usually on Friday nights when the drink kicked in, and someone sang of home and the smiles slowly returned to their faces for a few hours.

I was scared of these men, terrified at times. They were tough, brutal in their honesty, and the back of a hand or a fist was never far away if their mood changed, as it usually did as the night wore on and the singing stopped. It was on the sites you saw a different side; happy, cheerful, always offering a helping hand if you needed one, or a sofa for a new arrival. You could tell they’d long given up on any notions of going home, and as the years piled on found themselves living in London longer than they ever had in Ireland.

It was only after getting to know one of these men did I fully understand the how and why of it all. His name was John, a carpenter from Mayo who’d arrived in 1975 to get the money for a wedding, having been engaged to a local girl the year before. He’d been there nine years and was earning what was a fortune at the time; £50 a day plus his dole and as much overtime as he wanted.

By the time I met him he long knew he’d never go back. He had even stopped sending letters home to his fiancé, and hoped she’d given up on him and found someone new. For him and all those other men, disappearing was easier, and the constant work and drinking helped take their mind off things. But when the work dried up or they found themselves too old for building sites and too poor for the bars, they returned to their bedsits and slowly vanished.

Who knows, maybe they were running away from something different, something darker? And in the bars and sites of Kilburn, they found shelter from whatever it was. Either way, they’re all gone now, the Kilburn High Road isn’t what it was and you’ll be hard pushed to see a Paddy these days, sober or drunk, the length and breadth of it. All that’s left are their stories, and for that we’re all the richer.

Livin’ Dred Theatre Co’s production of The Kings Of The Kilburn High Road, written by Jimmy Murphy and directed by Padraic McIntyre, opens February 11th at the Ramor Theatre in Co Cavan before going on nationwide tour until March 12th. See facebook.com/livindredtheatrecompany for dates and venues.

“Would the play about a group of emigrants lost in Kilburn still be relevant, would it still have something to say a decade and a half later?” 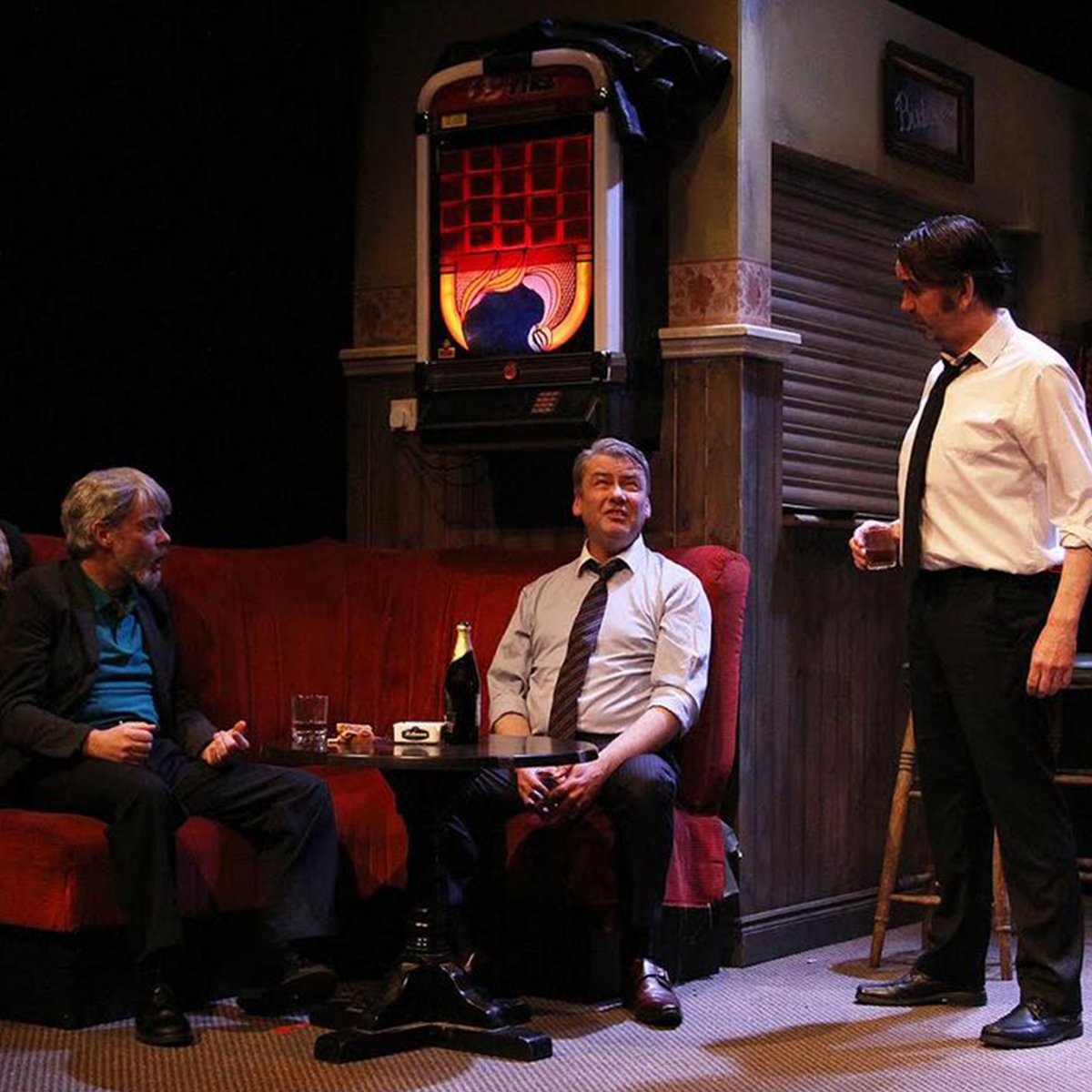